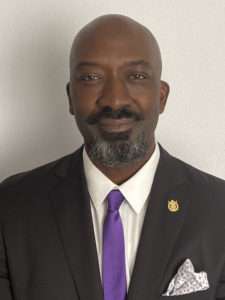 I hope and pray this message meets you and your family in the best of health and spirits. The last few weeks have changed the world drastically but one thing that remains the same is the Friendship of Omega. Please know that Nik, Jazz, and I have each one of you in our thoughts and prayers normally but especially during this time. I echo the message from our DR in asking that you be safe and adhere to your local governmental rules and regulations as it relates to COVID-19. 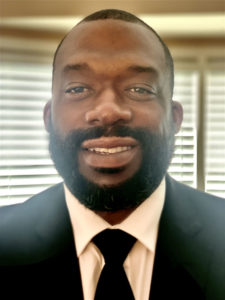 What a District Meeting! We persevered through rough climate to get here, but we made it. Congratulations to you, the brothers of Tau Tau Chapter on successfully hosting the Historic 75th Twelfth District “Livestream” Meeting. I want to congratulate and thank Brother Ed Young, District Marshal for his diligent work to make this meeting a success. Brother Young planned for 3 years to execute his vision for us to celebrate in Anaheim. COVID19 changed that. As men of Omega we adapt to difficult times; and that is what Brother Young did when he had to orchestrate the first virtual district meeting in the history of the 12th District. Technology is not without its hiccups and we had to navigate through them, but Brother Young got us through it.

Congratulations to Tau Tau Chapter’s own, Brother Kwame Dow on becoming the 34th Twelfth District Representative. I pray the Lord gives you wisdom and strength as you lead the 12th District to new heights.

Congratulations to all the re-elected and newly elected 12th District Officers, special shout out to Brother Raphael Irving, District Keeper of Finance on his re-election.

As we celebrate our chapter brothers climbing the ranks of district leadership, we must also acknowledge Brother Ronan Hill as he steps away from six years of exemplary service as our District Keeper of Records and Seal. Thank you, Brother Hill, for your dedication.

I want to congratulate Brother Michael Bonner and his committee for their efforts to secure the 12th District Retention Chapter of the Year Award for Tau Tau Chapter. Congratulations are also due to Past Basileus Brother Rodney Brooks, the Fatherhood Initiative and Mentoring Committee, and the Omega Educational Foundation for their hard work to secure the 12th District Fatherhood Initiative and Mentoring Award which was presented to the chapter by Brother David Marion, 41st Grand Basileus.

Although we did not win the awards, I am proud and thankful for the out-front and behind the scenes work of Brother Paul Hodson and Brother Joe Luckey with our Chapter of the year submission. I would also like to thank Brother Brent Scott and the Reclamation Committee for their hard work.