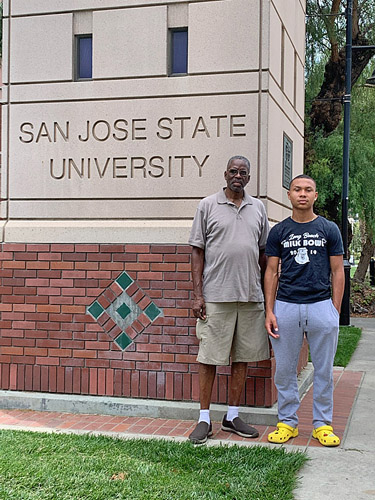 He started living with Brother Bedford 2-years ago at the age of 16, after his father passed away. Brother Bedford explained to Roger that “college was a must”. Subsequently, he was accepted.

He attended Cabrillo High School in Long Beach, where he played baseball and was a star football player.

The brothers of Tau Tau Chapter of Omega Psi Phi Fraternity, Inc. are committed to mentoring neighborhood youth in the surrounding communities to lift them up. Hence our motto, “Lifting as we Climb”.

Brother Bedford is a prime example of this motto. 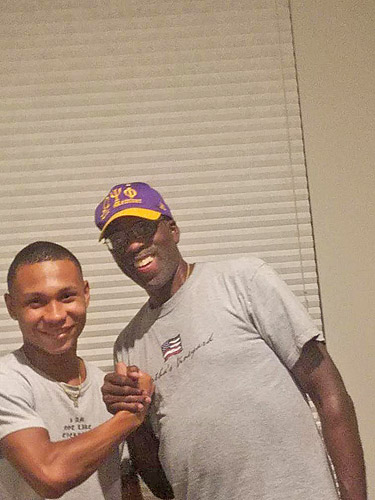 Photo – 2 – Brother Marcus Bedford and Roger McMillan in the dorm 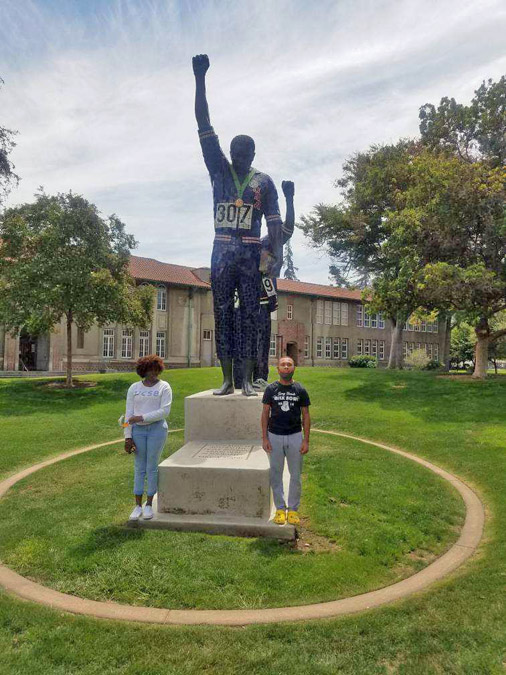